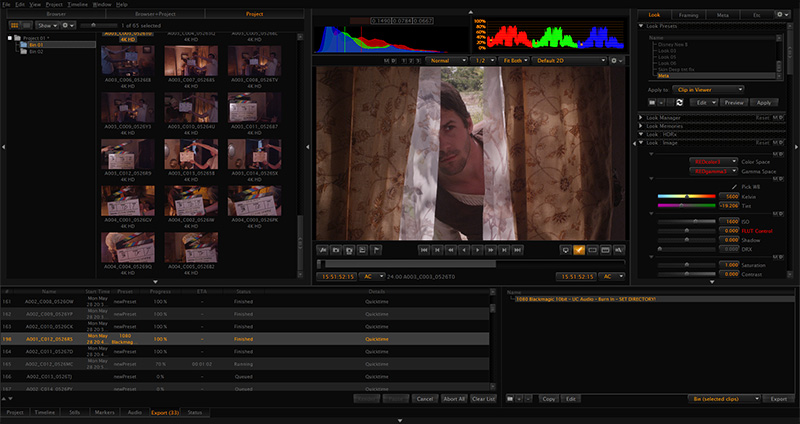 Fallen Empire is a Los Angeles based company that specializes in production and post production workflow support for the RED Epic, RED Scarlet, and RED ONE motion picture cameras. Our DIT and RED .R3D transcoding services allow small and medium budget filmmakers to concentrate on their craft and not their tools. From HD to 2K, 4K, and beyond we're here to keep things running smoothly under the hood. Give us an e-mail at info@fallenempiredigital.com to discuss your next project.

From The Fallen Empire Blog

After being locked in a dungeon on numerous Avid and Final Cut Pro projects, I’ve finally settled into spending some quality time with Premiere Pro CC 2014. Much to my surprise, it looks like the development team over at Adobe decided to remove the trim monitor panel shortcuts for “Focus Both Outgoing and Incoming”, “Focus […]

Alternative Workflow for Audio in Redcine-X

As much as we DITs try to avoid it, on smaller productions we are sometimes tasked with duties traditionally done by an assistant editor. One of those jobs includes syncing audio. Imagine this scenario: you have 4 channels of production audio with timecode that does not match the camera footage. You pop open Redcine-X and […]

If you run a Windows box, you may have noticed that your RED Rocket card is sometimes unavailable in Redcine-X Pro or other apps. There are two primary reasons for this: a previously opened video app never released access to your RED Rocket, or your RED Rocket was disabled because you put your computer to […]